For the first time, we spent New Year’s eve in another country. Macau is about two hours plane ride from Manila via Philippine Airlines. It was in 2013, when we first set foot in Macau. Part of our itinerary, a side trip from Hong Kong via turbo jet. On the other hand, our Macau Day Tour then highlights hotel hopping and sightseeing, we missed the heritage tour. So this time, we made sure to cover historic centers of Macau.

We took an early morning flight Manila to Macau via Philippine Airlines on December 31 and arrived on time. At Macau airport, we even played at one of the booths and won a free sim card for internet use and canned dog food, lol.

What’s nice about Macau is that you can go hotel hopping via free shuttle services. We passed by the Wynn hotel and watched the dancing fountain for a while. From Wynn, we took a cab and reached Best Western Sun Sun Hotel, our home in Macau for three days.

Check-in was fast. The hotel asked for deposit so hubby presented his Citibank Visa credit card. The staff were friendly, we even met a fellow Filipino who’s working and assisted us to bring our Travelmate luggage.

We had two windows thus two great views of the city from our room.

We had a pretty nice, clean hotel room with these views. It has the basic amenities including an LCD television with cable, coffee and tea making facility, complimentary bottled water, disposable slippers, small working desk. The bathroom has hot and cold shower, complete toiletries, hair dryer, soft and clean towels. I’m very particular with towels, I want my towel white and smells fabric conditioner, lol. There’s bath tub as well.

The bed was soft and comfortable. As usual the room was cold so we adjusted the air conditioner. The floor is fully carpeted.

What we like most of Hotel Sun Sun is the location. It’s walking distance to Senado Square and Ruins of St. Paul. There’s a park in front of the hotel too. We also walked going Lisboa hotel to watch the New Year’s countdown.

A Praca The Square Portuguese Restaurant

Portuguese first settled in Macau in 16th century the reason why it’s part of Macau history. I’m glad we found and experienced a Portuguese dining just inside the hotel building. We had breakfast at A Praca The Square for three days. They offered Portuguese cuisine, Macanese and Continental breakfast.

Every morning we have breakfast at A Praca The Square, a Portuguese restaurant, Sun Sun Hotel’s in-house restaurant. Breakfast was a la carte but we were given option to choose for set meals. Hubby chose the Macanese breakfast set that comes with tea. I had the continental breakfast with ham, two eggs and bacon. It also comes with coffee.

I love the weather in Macau even if it was too cold for me. I tried to go out wearing the dress hubby gave me as an anniversary gift. He bought it at Zalora. Guess what? I went back to our room and changed to my winter clothes for women because it’s so cold outside.

Up next, New Year’s eve at Macau Tower and places we visited including the Ruins and Senado Square and a lot more. 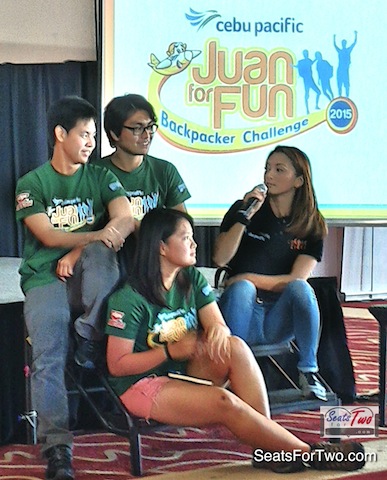