Figaro Coffee recently launched its delightful yuletide pastries at their Figaro Shangri La Plaza branch. Jonel and I got to sample these glorious sweets. It’s made up of moist cake and finished with vanilla sweet creme frosting sprinkled with cake crumbs and decorated with tiny golden balls candies that are all edible. I love the red velvet cake as it reminds me of my wedding cake.

Mr. and Mrs Claus Muffkies (Php80), yes they are called muffkies because it’s made up of cookie and muffin. They are available in two variants, the Chocolate and Vanilla  made and inspired by Figaro’s best sellers muffins topped with sour cream cheese cookie and drizzled with chocolate and vanilla syrup. The cookie added more flavor on it. My favorite is the chocolate while Jonel prefers the vanilla though.

Next is the Snowfall Cherry Butterscotch (Php85). The base is made up of delightfully chewy butterscotch topped with marshmallows and drizzled with syrup. The snowfall reminds of the upcoming Christmas.

Fruitcake Bar is always present during Christmas although I’m not  a fan of fruitcakes with strong rum flavor. I think Figaro’s Season Fruitcake Bar (Php85) is the light kind of fruitcake. It doesn’t have that overwhelming, heavy, fruity flavor. As for any sort of liquor or brandy, perhaps they added just a small amount, I couldn’t hardly taste it.

If you’re a fan of mint and chocolate then you should try the Figaro Evergreen Chocolate Brownie Decadence (Php85). It’s made up of layers of moist chocolate brownie between mint chocolate and topped with dark chocolate. It’s the answer to your chocolate craving this season. The evergreen provides a refreshing treat that’s not too sweet.

Pastries goes well with hot or cold beverages, for this season Figaro offers two healthy drinks blended with chia seeds, creating a creamy sensation in every sip. Chia seeds are known for its high content of antioxidants and nutrients.

Available in two variants, Aloe Lychee and Mixed Berries with SRP of P145. My favorite though is the mixed berries frost.

Have you tried any of the Figaro sweets and Yuletide Frosts? What was your favorite? Would love to hear from you, just hit the comment section.

Moreover, Figaro launched wonderful gifts this season of love and sharing. They have the Premium Tumblers (Php 420 each), His and Her for Seats For Two.

I also like the Smoke Mug only at P199. Figaro celebrates it’s 20th anniversary with the new Figaro Notebook (Php175) it comes with a 20th anniversary design, a map featuring their branches abroad. 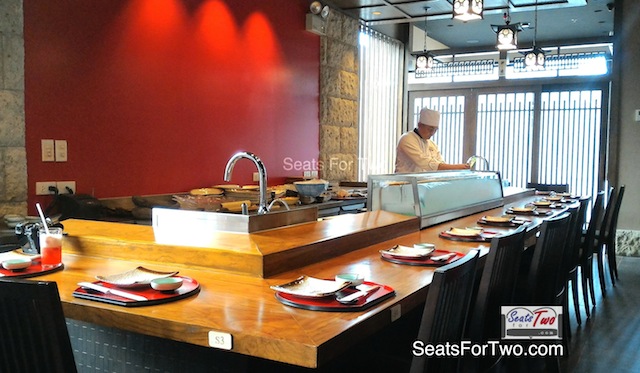