We were on the hunt for new and exciting dishes when we received an invitation to try one of the hottest bar in the Metro. “The Palace” is not-so-new nightlife destination located at the heart of Uptown Bonifacio next to BGC. Inside, a place specially created beer fanatics – the “Brewery at the Palace”. It’s been months now when we first visited the Brewery at The Palace.

And so now, why you should visit The Brewery at The Palace? Here’s our Top 3 Recommendations from the couple who are light beer drinkers. Read more and find out why…

The Brewery takes pride of their great tasting, specialty craft and draft beer freshly prepared everyday from its own microbrewery. This microbrewery is housed at the mezzanine floor where the open stage for live bands and additional dining area is also located. It would be nice to talk to the beer experts and find out the future of microbrewery in the country.

Did you know that craft beer contains more nutrients than wine? craft beer is fat-free. We also learned that craft beer can be used as recovery beverage after physical activities because craft beers help in replacing electrolytes. Just remember to drink in moderation.

At the Brewery, you can try any from the four artisanal beers, each brewed in a perfect way from malts, hops, yeast and water to achieve a perfect aroma and flavor.

Beers here are prepared according to German’s brewing standard. Pilsner is a Czech light lager style, clear and golden in color with 4.3 % alcohol content. IPA or Indian Pale Ale is a malty bitter contrast to pilsner with a golden amber and 5% alcohol content.

By this time, The Brewery might have launched local infusions like honey and ginger. Let us know if you have tried any of these.

The Brewery is also a place for some tasty dishes from starters and sides, savory sandwiches and pizzas, tender and juicy steaks and variety of pasta. This line-up of delectable food was created by Chef Carlo Miguel who is also one of the business owners. But what’s interesting though are the beer-infused dishes and desserts.

Starting with a warm and comforting soup of caramelized onions, beef stock, gruyere and baguette, finished with home brewed stout beer. It was Marj’s favorite. You would be surprised with a huge cup per order, it can be shared by two.

Interestingly, even the dessert are infused with beer adding more flavor to the food. Here’s freshly baked spent grain chocolate chip cookie in skillet with beer caramel and home made vanilla ice cream

Good food, great tasting beer, friends and some great music must come together. Live band performances every Wednesday and Thursday nights to entertain you and your guest. There are well-known live groups playing jazz, soul rock, reggae twice a week. You can even request a song for your date. 🙂

The truth is The Brewery is not just for beer aficionados. First time and even non-drinkers are most welcome here. There’s good food for everyone, any time of the day. You may opt to have a cup of cappuccino if you don’t want beer but we highly recommend you try one of the four artisanal beers. So who says, The Brewery is for beer fanatics only?

When we visited there are four kind of beer available – Pilsner, wheat beer, IPA and brown ale (stout). We were told they will be coming up with honey and ginger as mentioned earlier. The beers are available at 300 and/or 500ml glasses. You’ve got to shell out at least P200 to P300. Not bad though for a flavorful, fat-free beers, lol! So have you been to The Brewery at The Palace? How’s your experience? 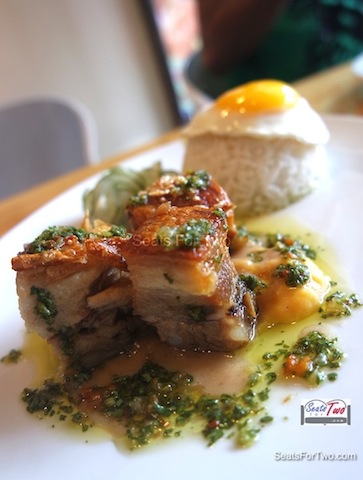