It was a nostalgic press launch at Resorts World Manila as we listen to the 90’s hit songs “With a Smile” and “Ang Huling El Bimbo” as rendered by  Full House Theater artists from the songs of iconic band Eraserheads.

All is set as Eraserheads fans are anticipating the start to the ‘Ang Huling El Bimbo‘ Musical 2018 starting July 20, to be showm at the Newport Performing Arts Theater, RWM.

“Ang Huling El Bimbo” is a story of friendship told through the songs of the most iconic Pinoy rock band from the 90’s. It is about a love that has not been renounced; definitely one of the most touching OPM songs.

Watch this video by Sets For Two at the Press Launch:

Moreover, in cooperation with Ultimate Shows, Inc., the musical assembles some of the most notable names in Philippine theater today including playwright Dingdong Novenario (Kafatiran, Nothing But Dreams, Daddy’s Girl), musical director Myke Salomon (Rak of Aegis, 3 Stars and a Sun, Dirty Old Musical), and director and choreographer Dexter Santos (Orosman at Zafira, Maxie the Musicale, Ang Nawalang Kapatid), among others, for a musical told in two timelines.

Get your tickets from Tickertworld or RWM Box Office with the following ticket prices;

“What we have right now are stories about depression and people failing to communicate to each other, and these are a few things that will be tackled in this musical,“ said Novenario during the press conference. “It may not be your conventional ‘razzle-dazzle’ musical theater, and I think that’s what makes it more exciting. After you come out of the theater, you begin to think about it and that’s when it really works,“ he added.

We are excited to watch Ang Huling El Bimbo Musical. We are definitely reserving Seats For Two; See you on July 20!

One thought on “Tickets For Two: Ang Huling El Bimbo, The Musical!” 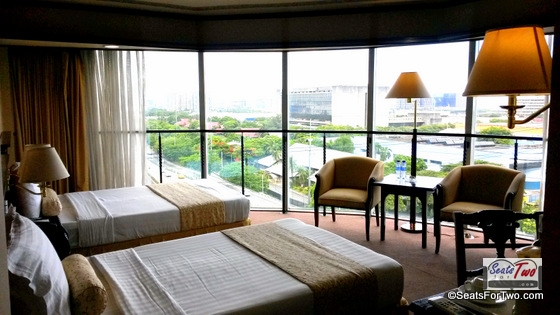