Premium entertainment provider Sony Pictures Television Networks (SPT Networks) debuts the new Sony Channel in your Philippine cable television starting today! And Seats For Two was impressed in covering the blue-carpet premier of the new TV series “How to Get Away With Murder.”

As a fresh new look for beTV, Sony Channel will feature new programs on drama, comedy, lifestyle and reality TV shows but at the same retain popular programs.

New programming will include “How to Get Away with Murder,” the latest drama from executive producer Shonda Rhimes (“Scandal”, “Grey’s Anatomy”), White House drama “Madam Secretary,” starring Téa Leoni; romantic comedy “Manhattan Love Story”; as well as the comedic drama “Jane The Virgin.”

These series will join a variety of popular returning programs including pulsating medical drama “The Night Shift,” and musical drama “Nashville,” along with reality competition “Cupcake Wars” and dating series “The Millionaire Matchmaker.”

“We believe there is an opportunity in the Philippines for a general entertainment destination that is female focused, but also male inclusive. These four new series are smart, edgy and driven by strong women — a perfect fit for the new Sony Channel brand,” said Hui Keng Ang, Senior Vice President and General Manager, Networks, Asia, Sony Pictures Television.

Designed for the socially connected viewer, confident and stylish, with a dash of clever wit, Sony Channel is visually stunning with a brand identity that perfectly complements its line-up of high calibre programming.

“How to Get Away With Murder”

Academy-Award nominee Viola Davis (“Doubt”, “The Help”) stars as the brilliant, charismatic criminal law professor master litigator Annalise Keating in the new TV series “How to Get Away With Murder” which will premiere tonight October 15, 2014 at 9:05 p.m. on the Sony Channel.

She teaches a course she boldly refers to as “How To Get Away With Murder”, choosing the 5 brightest first year law students in her class to join her at her firm and manipulates them into doing dirty legal legwork.

“I don’t know what terrible things you’ve done in your life up to this point, but clearly your karma’s out of balance to get assigned my class. I’m Professor Annalise Keating and this is Criminal Law 100, or as I prefer to call it, How to Get Away with Murder.“

The press preview of the primer episode last night was so captivating in a way that you would want to immediately see the next episode. It’s good that it was a double episode premier (same with tonight). 🙂

The students vying for the coveted positions in Keating firm include Wes Gibbins (Alfred Enoch), a wide-eyed, likable boy-next-door recently accepted off the waitlist; Michaela Pratt (Aja Naomi King), a confident, ambitious overachiever born knowing how to “lean in;” Connor Walsh (Jack Falahee), a sly, sophisticated heartbreaker used to getting any prize he lays his eyes on; Laurel Castillo (Karla Souza), a quiet, sensitive idealist who’s easy to underestimate and Asher Millstone (Matt McGorry), an entitled know-it-all born into a world of Ivy League educations and country club memberships.

“Never take away the learning opportunity from someone else…” was an impactful remark by Keating after another student unwittingly gave an unsolicited answer on behalf of Gibbins. As a college instructor myself, I can relate to the insight behind this phrase.

Tell a friend and reserve some seats for two and catch more interesting twists and turns in solving murder cases as “How To Get Away With Murder” premieres tonight, Wednesday, October 15 at 9.05pm, on Sony Channel. 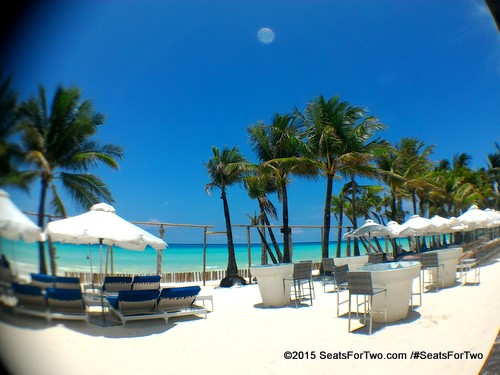 Have a Feast in the New Normal with Fiesta to Go