Skip to content
You are here
Home > Travel & Leisure > Your Taste, Your Way @ Chili’s

We’ve been visiting Chili’s more frequently these past months and they say that the restaurant, with interiors that evoke modern Americana with Southwestern influences, is giving more meaning to their new tagline: “more life happens here“.

True enough, in our visit weeks ago, we were acquainted with their new promo called “Chili’s Your Way“. Aside from having a Chili’s experience of feeling special in a way that we were immediately welcomed by the server upon entry, they have somewhat enabled the customer to have the Chili’s menu, their “own way“.

Chili’s now added the perk of being able to choose what sides to go with your entrée when you order any of Chili’s three new dishes — Fried Quesadilla Bites, Bacon & Cheddar Steak, and Parmesan Chicken or Tilapia.

But before the mains, of course, we ordered our favorite serving of tortilla with the dreamy skillet queso.

It is also sprinkled with chopped cilantro and served with chipotle sour cream for dipping goodness.

The twin stars of the night, Parmesan Chicken (P395), and Parmesan Tilapia (P425) came right after.

Both are fillet crusted with Parmesan and Monterey Jack cheese. It is then drizzled with chile butter and sprinkled with green onions plus two sides of your choice. Interestingly, the Parmesan Chicken breast is visually appealing in the shape of a heart. The chef shared that there is a special way of cutting the breast meat to achieve the shape after cooking.

On the other hand, the tilapia is no ordinary tilapia. It’s imported from the US which explains its quite hefty price tag of P425. Personally, I liked the tilapia more among the two.

Finally, you can pick your favorite sides from among the home-style fries, corn on the cob, Chili’s cilantro rice, fresh veggies, steamed white rice, mashed potatoes & broccoli. I love my veggies so I always have the broccoli plus the cilantro rice for a complete filling meal.

It was night of good and abundant food and the highlight was an indulgence on seasoned steak topped with bacon and melted cheddar cheese. They called it by its descriptive name of Chili’s Bacon and Cheddar Steak (P875).

It’s a southwest seasoned steak topped with bacon and melted cheddar cheese served with choice of two side. I guess you can never go wrong with a bacon and cheese combination. 😛

Although wifey and I already had Chili’s famous milkshakes, we also ordered their new Sparkling Soda (P125). The combination of strawberry puree and soda turned out to be quite a refreshing and fruity meal-ender.

And to cap the dinner on a sweet note, we also tried their new dessert – the Decadent Banana Bread (P295). It’s a pudding topped with a scoop of vanilla ice cream cinnamon, chopped walnuts and a caramel drizzle. The ice cream, as expected, complemented well with the banana pudding.

So if you’re looking for an American casual dining restaurant with good comfort food or just looking for something “your way“, Chili’s is the place! Check out Chili’s Philippines on Facebook and on Instagram, Chilis_ph on Twitter, and www.chilisphilippines.com on the web.

We also heard that Chili’s Fairview Terraces just opened this June so I guess we’ll try that sometime when we find ourselves in that part of town where “more life happens”. 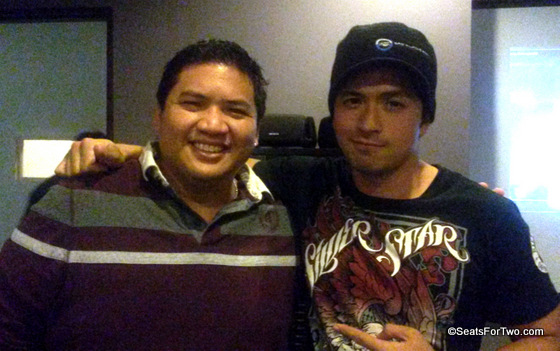