The pandemic took a toll on many business owners, big or small. Some establishments have closed while others had to reduce their workforce just to continue with the operation. Amidst the difficulties, we can find stories that bring hope and inspiration.

Four restaurants that started on foodpanda in 2020 share stories of their signiﬁcant growth since signing up as vendors on the platform.

Sweettea, a milk tea shop founded by Charlene Francisco Sy and her husband in 2019, has expanded from 1 to 18 stores in a span of 2 years, thanks in part to its success in foodpanda.

“We are one of the few stores that are open at that time and we are overwhelmed with orders from foodpanda. They helped us grow the business in such a short period of time,” says Charlene, who juggles her roles as business owner and IT consultant.

Apart from the visibility, she also likes that the foodpanda merchant app helps her see crucial data that enables her to decide and to properly manage her business. The brand is also supportive in executing her marketing strategies, she says. She plans to grow together with foodpanda and have a “Sweettea in every city”.

Bigg’s Diner was founded by Carlo Beunﬂor’s mother and partners in 1983 in Bicol to answer the need of their kababayans for Western food. Armed with a strong vision, despite personal
setbacks, the partners took out a bank loan to get started, and here they are now. 38 years later, Carlo leads the company’s tenured employees while training staff to “support them” and “give them all the resources” needed in achieving their goals. After signing with foodpanda in 2020, Carlo felt the brand was able to address issues and challenges they’ve been facing as a company in a “swift” and “outright” manner.

“Our partnership with foodpanda augmented our sales signiﬁcantly during the pandemic,” says Carlo. “Eventually, we would like to have a signiﬁcant presence in bigger cities such as Metro Manila, Cebu, and Davao but our brand strongly appeals to smaller provincial key cities as well. We would like to forge a strong partnership with foodpanda in every market we ﬁnd ourselves in.”

Ribshack, which started at a food court in Downtown Bacolod City in 2012, had to work hard for a stable space for 3 years. But now they’re present in kiosks, weekend festivals, and malls.

Ribshack joined foodpanda in 2020 and currently has 17 branches open on the app. “Due to the dining restrictions during the pandemic, foodpanda has helped maintain our presence, especially for the customers who cannot go out or dine in,” says Adrian C. Alagao, Ribshack’s Head of Operations.

“By tapping into the customer base of foodpanda, we can readily expand to those customers who might have otherwise not seen or visited our restaurant,” Alagao adds. For future plans, Adrian hopes to “expand to more areas here in the Philippines.” This also includes continuing the company’s food-delivery partnership with foodpanda to reach more locations.

Penong’s Barbecue Seafood & Grills is a homegrown restaurant chain in Davao City that was founded in 2004. Chad Robert Boniface Regis, the brand’s Chief Executive Ofﬁcer, says his passion for cooking was the reason he had always been “fascinated” by the restaurant business. He ﬁnally pursued the idea when he had a family of his own.

“The ﬁrst 3 months was a huge struggle. I would get up early every day to open the store and come home late from work just to attain an established brand name and a good foundation for my product and business,” Regis says.

The hard work paid off though. Penong’s now has 40 branches, including those in SM Butuan, SM General Santos City, and Quezon City. After partnering with foodpanda in 2020, the brand increased its presence to 27 stores online.

“foodpanda helps us establish an online presence through frequently advertising our products on its platform, connecting us with large customer audiences, and driving more delivery sales,” Regis shares. His advice to aspiring restaurant owners? “Find your passion and make a living out of it.”

We’re a regular foodpanda customer ever since the pandemic started. It has a wide range of food shops and restaurants to choose from for breakfast, lunch, snacks and dinner. We also enjoy the promos being offered at the foodpanda app especially during Sundays and Mondays; and discounts on pick-up. Have you tried ordering foodpanda, download the app now! 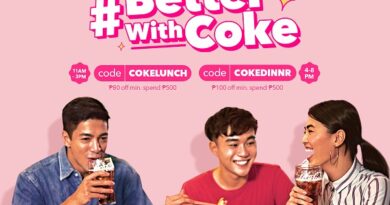 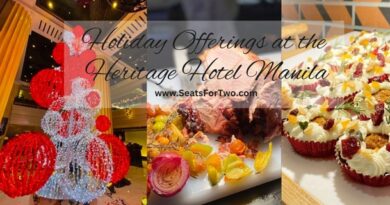 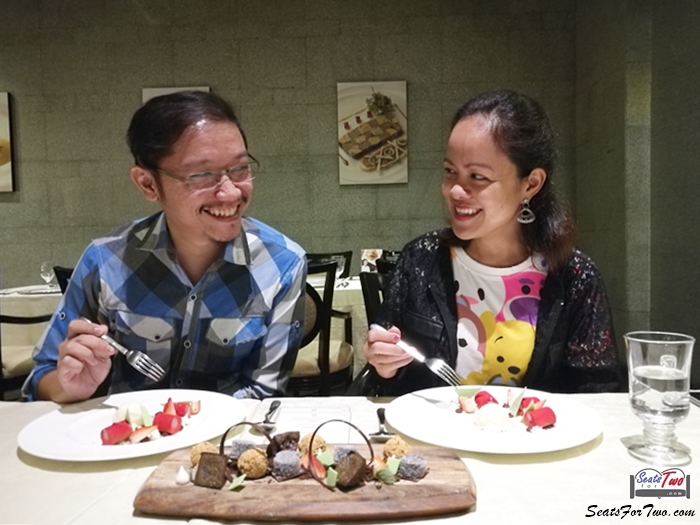